As world leaders meet in the UK for the COP26 climate change summit this weekend, learn more about our own sustainability work underway

The UK is preparing to host the United Nations Climate Change Conference in Glasgow, starting on Sunday, and running until 12 November. It will bring together around 25,000 people, including governments, diplomats, business representatives, and academics.

You’ll probably see lots of coverage about the event – which is called COP26, which stands for Conferences of the Parties. It is the 26th time countries have gathered under this United Nations convention on climate change that dates back to 1992. The purpose of the summit is to get commitment for action to collectively tackle climate change.

As the world talks about sustainability over the next few weeks, in this week’s blog we wanted to share with you an update on some of our own commitments and projects underway, as we try our best to play our small but critical part. 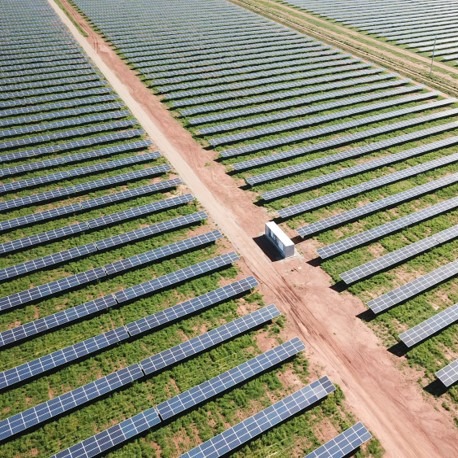 What we’re up to

We believe that climate change is one of the defining issues of our time. As an investor, we have an important role to play as the world transitions to a lower carbon economy. Our vision is to be a leader in sustainable investing, to better protect and generate superior value for you – our members – over the long term.

Here are some short updates on our work:

Work by our investments around the world

While others are reducing their carbon intensity. For example, Aledade, a US healthcare firm, announced their sustainability strategy earlier this year.

We also collaborate with diverse partners to create a more powerful voice and influence on sustainable investing practices. We regularly work with other organizations to advocate for better performance, management and disclosure across ESG factors.

For example, in collaboration with 7 other Canadian pension funds, we’ve called on companies and investors to provide consistent and complete ESG information to strengthen investment decision-making and better assess and manage their collective ESG risk exposures. You can learn more about this specific initiative here.

You can read more about other partnerships – with The Prince’s Accounting for Sustainability Project (A4S), Investor Leadership Network (ILN), and others.

Please check out our sustainable investing hubOpens new window! It covers everything about our vision, mission and partnerships underway around the world! We hope our work in this area makes you proud.