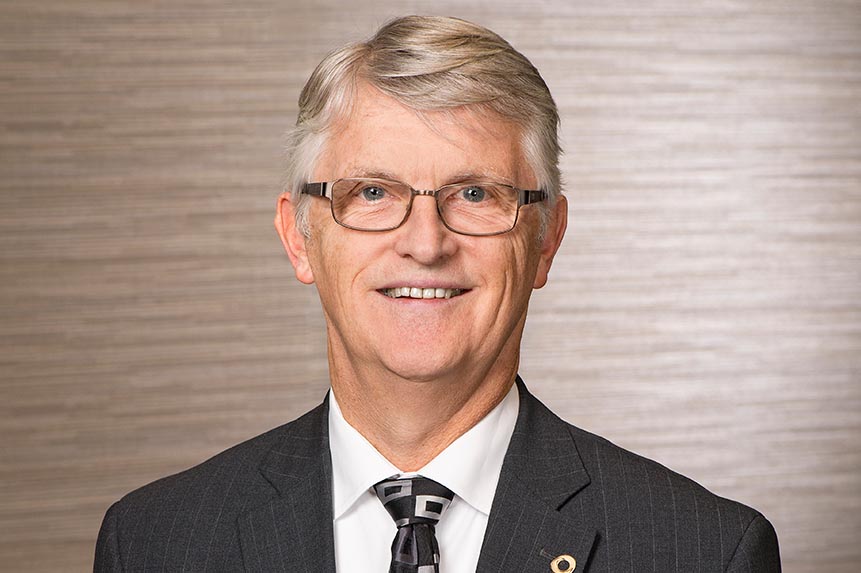 Completing his fourth term as an OMERS AC Board Director in 2024, Michael Fenn serves on the Board’s [Governance & Risk Committee] and Investment Committee.  He is one of the two Directors nominated by the Association of Municipalities of Ontario (AMO).

Michael has been an Ontario Deputy Minister under three Premiers, municipal chief administrator in Hamilton and Burlington, and the founding CEO of both Metrolinx and regional health authority Mississauga Halton LHIN.  He works as a management consultant and public policy researcher.  A chartered board director, Michael obtained the C.Dir. designation from McMaster University’s DeGroote School of Business in 2014, and he has served on the boards of the Toronto Lands Corporation and McMaster University.

In 2019, Michael was appointed Special Advisor to the Ontario government on regional municipal government reform and, in 2018, as Visiting Fellow (Infrastructure) at Western University’s Ivey Business School.  His published research reports have addressed: infrastructure investment risks; regional collaboration in the Greater Toronto Area; municipal priorities after COVID; ‘megatrends’ and the future of Canada’s infrastructure; creative approaches to municipal infrastructure finance and asset management; the role of the city manager in Ontario; municipal government “at an inflection point”; and water, wastewater and stormwater policy in Ontario.  For the decade ending in 2021, Michael was Facilitator of discussions on policing issues in Northeastern Ontario First Nations, jointly appointed by the Grand Chief of the Mushkegowuk Cree and the Ontario Solicitor General.

A recipient of the Lieutenant Governor's Medal of Distinction in Public Administration for Ontario, Michael has also received the highest awards for career achievement from Ontario’s two leading municipal management organizations and appointment to the AMO Honour Roll.  Mr. Fenn's municipal management career has been profiled with a chapter in the book Leaders in the Shadows: The Leadership Qualities of Municipal Chief Administrative Officers, by Professor David Siegel. He is co-editor of a 2023 book from University of Toronto Press on the role of city managers in Canada.