Chair of the Board of Directors of OMERS Administration Corporation 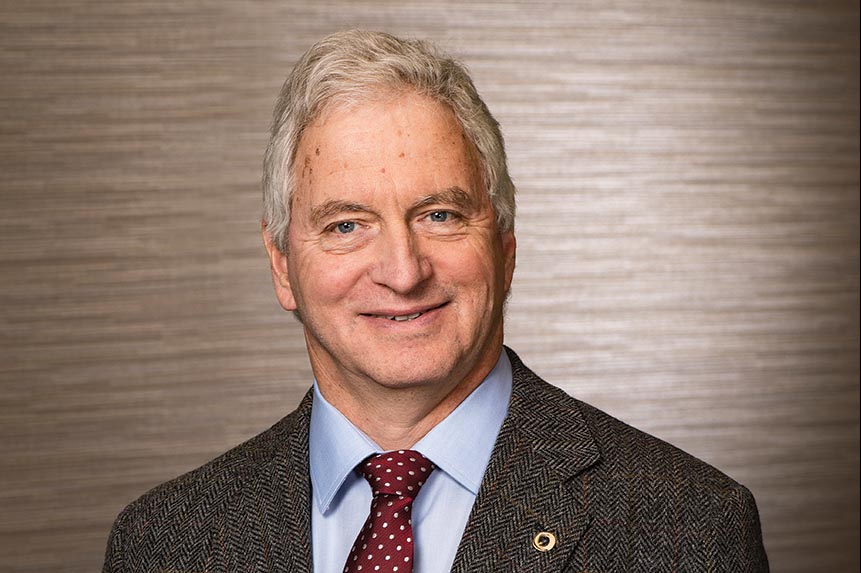 George L. Cooke is Chair of the Board of Directors of OMERS Administration Corporation. He began serving as Chair on October 1, 2013. As Chair, Mr. Cooke also serves as ex officio (non-voting) member on the Board’s Audit & Actuarial, Governance & Risk, Human Resources, Investment, and Appeals Committees. Mr. Cooke is also a member of the AC/SC Joint Council.

In 2012, Mr. Cooke retired after a tenure of more than 20 years as the CEO and a Director of The Dominion of Canada General Insurance Company, one of Canada’s oldest and largest general insurance companies. During that time, he served as both an Executive Vice President and Director of E-L Financial Corporation (The Dominion’s parent).

Mr. Cooke enjoys a profound interest in public policy and, earlier in his career, was a Special Advisor on Policy to the Honourable Robert F. Nixon, Ontario's former Deputy Premier and Minister of Finance. In 2018, he and two colleagues completed a report for Ontario's Minister of Finance on financial services regulation, which led to the creation of The Financial Services Regulatory Authority of Ontario (FSRA).

Mr. Cooke has an MBA and an Honours Bachelor of Arts degree from Queen’s University. He is the recipient of an Honourary Doctor of Laws Degree (LLD) from Assumption University in Windsor, Ontario. He also was awarded an HCIP (Honourary Chartered Insurance Professional) designation by the Insurance Institute of Canada.

Mr. Cooke is a former Director and President of the Empire Club of Canada. He serves as a member of the Dean of Arts and Sciences Advisory Council, Queen’s University and currently is a mentor for the Queen’s PhD/Community Initiative Program. He also has been involved with a number of not-for-profit organizations including Loran Scholars Foundation and Spinal Cord Injury Ontario (SCI). His work with SCI Ontario helped him earn the Ken Langford Honourary Lifetime Membership. In 2014, he was inducted into the Canadian Curling Hall of Fame.