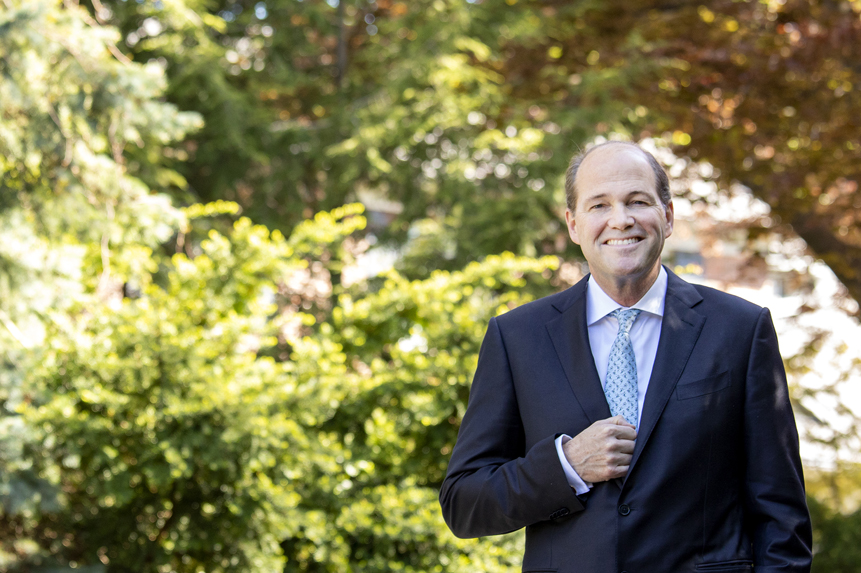 Blake Hutcheson is President and CEO of OMERS. He is responsible for the overall leadership and performance of the OMERS enterprise.

Blake previously served as President and CEO of Oxford Properties Group since 2010, and in 2014 he also became Chief Investment Officer, Real Estate and Strategic Investments and added the OMERS Platform Investments portfolio, an integral part of the OMERS innovative agenda.

Prior to OMERS, Blake was the Head of Global Real Estate with Mount Kellett Capital Management, a New York-based private equity firm with offices in key locations around the globe. Previously, he was Chairman and President of the Canadian, Latin American, and Mexican operations for CB Richard Ellis, the world’s largest real estate services company.

A former recipient of Canada’s Top 40 Under 40, Blake is a graduate of the University of Western Ontario. He also completed a Graduate Diploma in International and Comparative Politics at the London School of Economics (with Distinction) and a Master’s Degree in Real Estate Development at Columbia University (where he received the Distinctive Alumni Award in 2017).

Blake continues to play Masters Lacrosse every summer for his home town of Huntsville, Ontario. He is married and has two children.